We want to hear from you! Send us your recent news, and we will post it here. 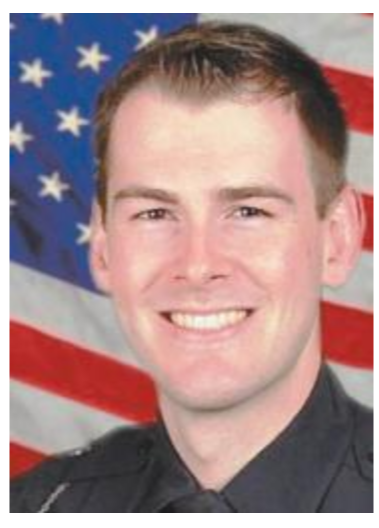 At a time when reports of crime, violence and intolerance populate the news tickers of television p ro g rams and the front pages of newspapers, Durham Police Department officer and Roxboro native Jack Wagstaff ('11) sees a different side to the stories.

He’s worked with the Durham department since high school, when he’d do ride-alongs and assist in community watches.

Now, he’s a two-year sworn officer who’s garnered attention for his innovative and empathetic ways of handling misconduct – so much so that his department named him Officer of the Year last month.

He’ll be formally recognized for the award on May 24 in a ceremony held at the Durham Police Station at 6:30 p.m.

A creative approach to a problem

Late last year, he initiated a project tackling an ongoing problem with ATV and dirt-bike offenders in Durham – an initiative, he says, that stemmed from a well-meaning movement gone awry.

“It’s a movement called ‘Bikes Up, Guns Down.’ It’s a national movement where young adults and teens ride bikes illegally on the street, and very recklessly, as a means to do something other than crime,” he said. “But it’s not really that – they’re causing dangerous situations on the street.”

The bikers would ride around without helmets, pulling wheelies and generally disturbing the local residents, he says.

People call every week, worried about them; scared that they’re going to get hurt,” he said. “If we say anything to [the bikers,] they’re rude and disrespectful. They run from the police.”

To address the problem, Wagstaff created a strategic plan to identify the troublemakers and retroactively take out charges on them.

“I put a lot of leg work in to identify who they were so that, when they were seen by officers on the street, and they wouldn’t stop for the police, then we could find them with a warrant,” he said. “A lot of them turn themselves in. But I was finding a way to outsmart them [and] send a message that said, ‘You’re not going to come to Durham and terrorize our citizens.’”

His self initiative and unconventional approach landed him Officer of the Month in November, as he had charged six riders with more than 50 misdemeanor charges.

“A lot of the officers, they were happy I took out the charges on those guys, because they were frustrating,” he said. “Imagine three months every year during the summer, having citizens yell at you for not doing anything.”

‘Getting to the roots’

Not only is Wagstaff creative in the ways he approaches problems, he also utilizes understanding and takes personal interest in his work.

While in high school at Trinity School of Durham and Chapel Hill, he started volunteering for the D.L. Forbes Youth Foundation, which works with at-risk youth in Durham and the surrounding areas.

“Kids 10-14 [years old] are our target – male and female,” he said. “It’s a 20-day residential leadership academy, where we’ll get a group of cadets and usually have a camp in Roxboro at Camp Mayo. They go through a series of life-skills training, such as public speaking, conflict resolution, go on field trips.

After they graduate from that, we do mentoring and a follow-up program. Mentors check up on them in school and do home visits.”

Working with the organization, he says, has taught him the importance of reaching children at a young age, before peer pressure becomes too ingrained a barrier, and getting parents involved to set them on the right track.

“We’re always shocked by violent crime and encounters of police, when we never put in the time to figure out the pathway to that fallout in life,” he said, “so getting to the roots and making a difference in the kids’ lives, when their experiences have been institutions and home lives that don’t care about them, or communities that are violent or disruptive. If you actually care about them, it’ll make a big difference in the next 50 years of their lives.”

As Wagstaff juggles both his work life as a police officer and his academic life as a graduate student studying public administration and criminal justice at Liberty University, he’s learned that balance, patience and seeing the good in humanity are the keys to success.

“Every day is an important reminder that people are good,” he said. “A lot of times, politics and the media obstruct that; but telling myself that I can have the patience and work with a diverse population and help them resolve their issues makes it easier for me to realize issues that I have in my own life, so I can turn around and help people see the joy in life.” 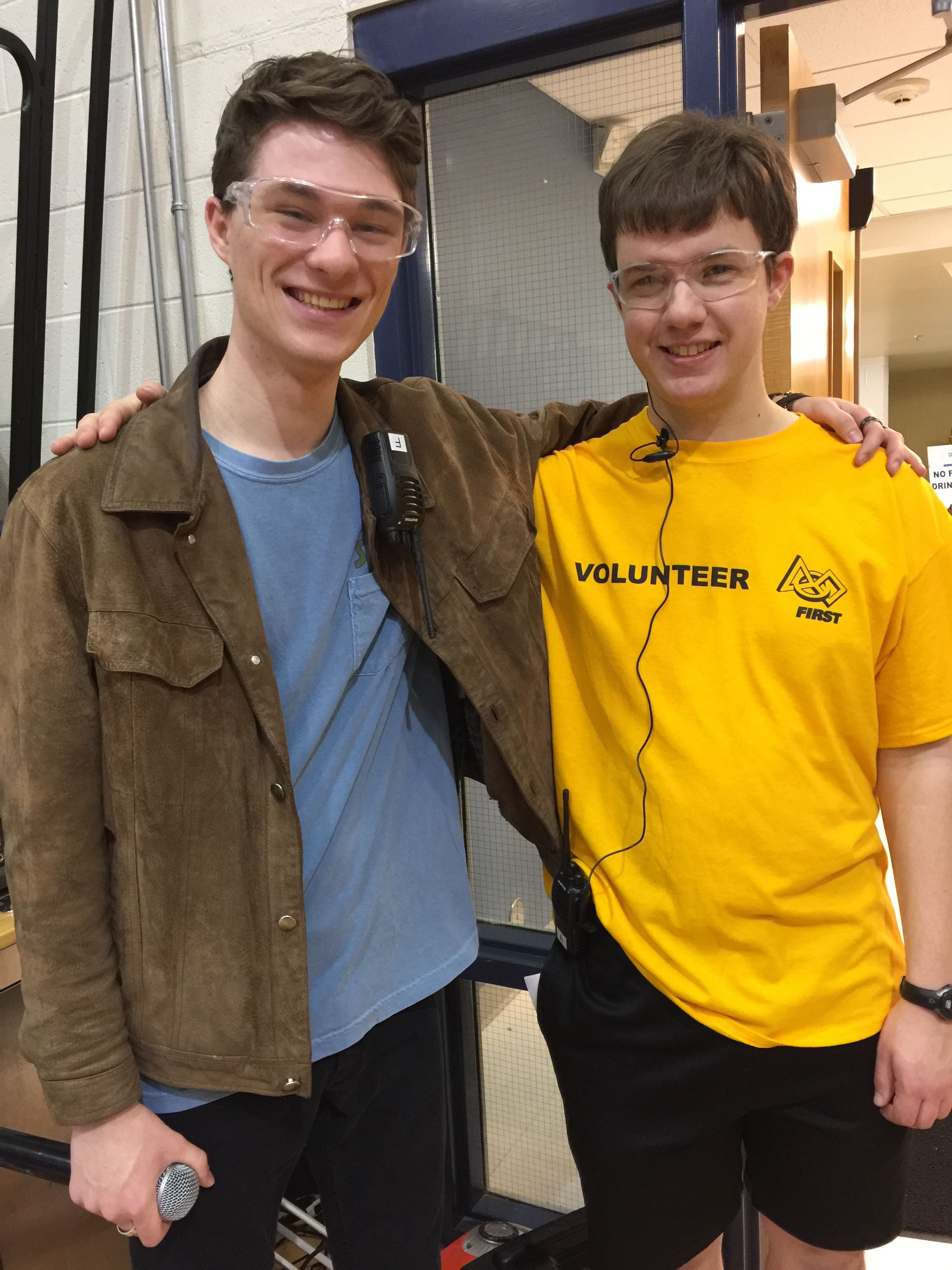 Ryan Lynch (’16) and Patrick Knight (’15)
Ryan and Patrick volunteered at the Robotics tournament hosted at Trinity in January 2017. 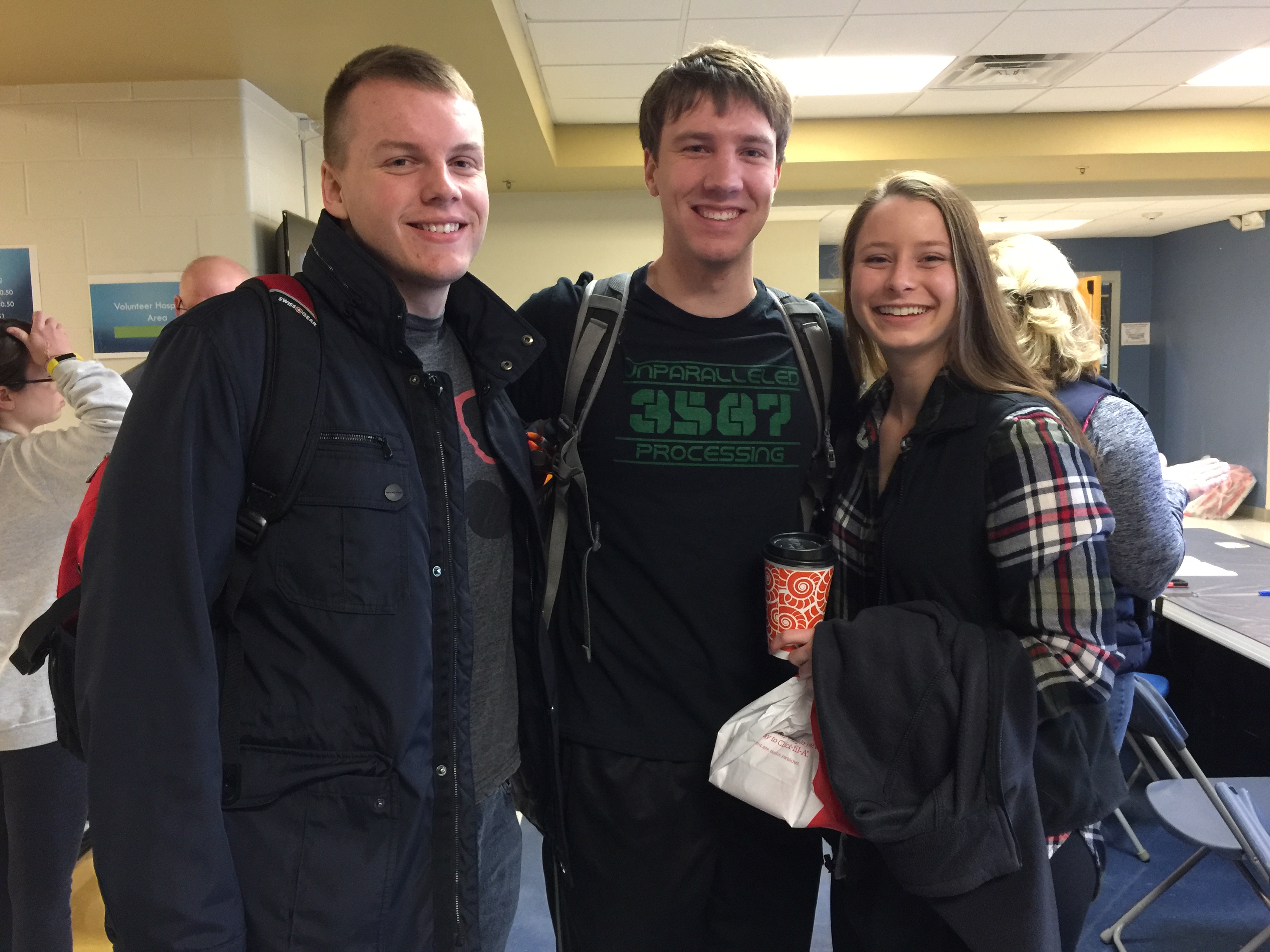 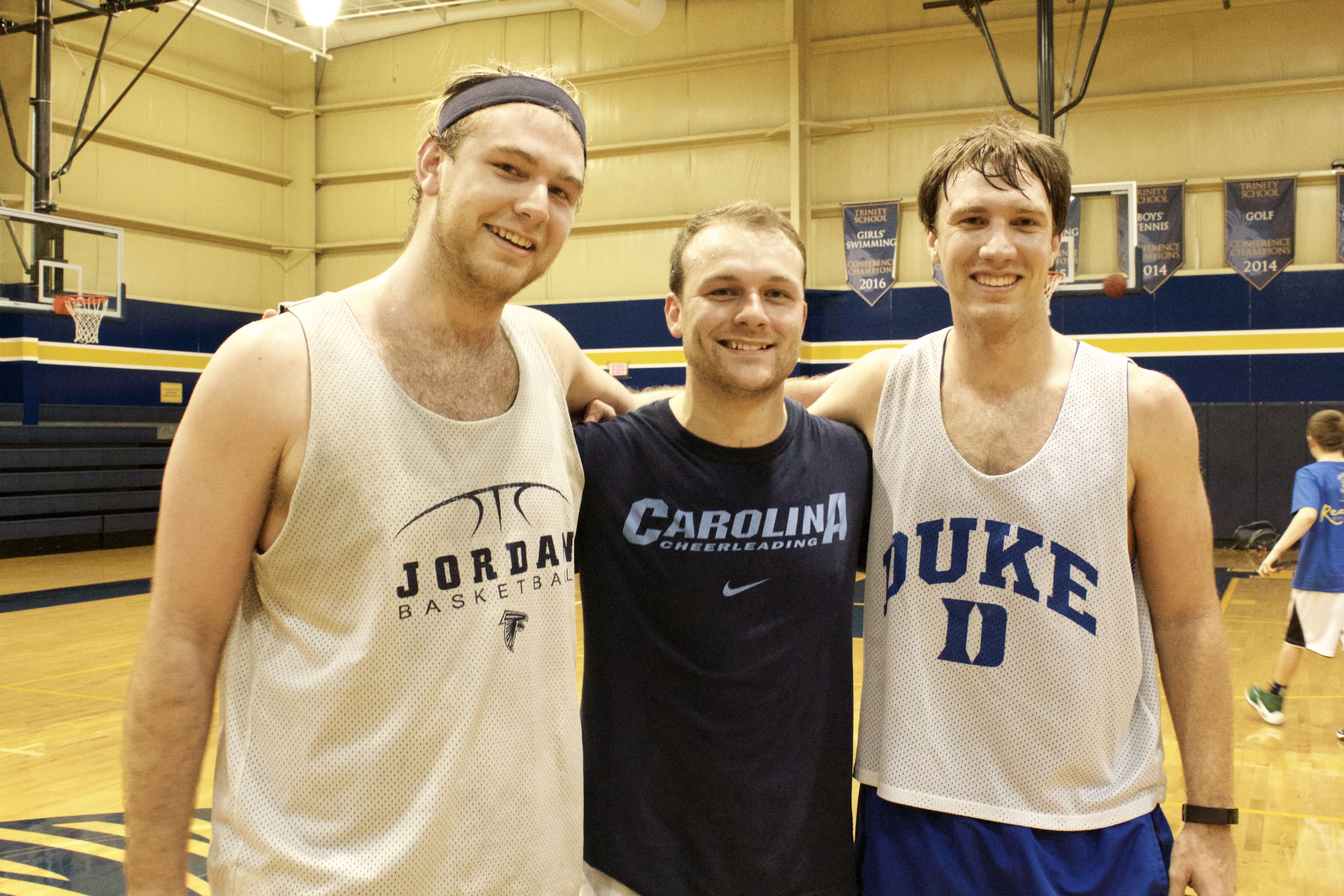 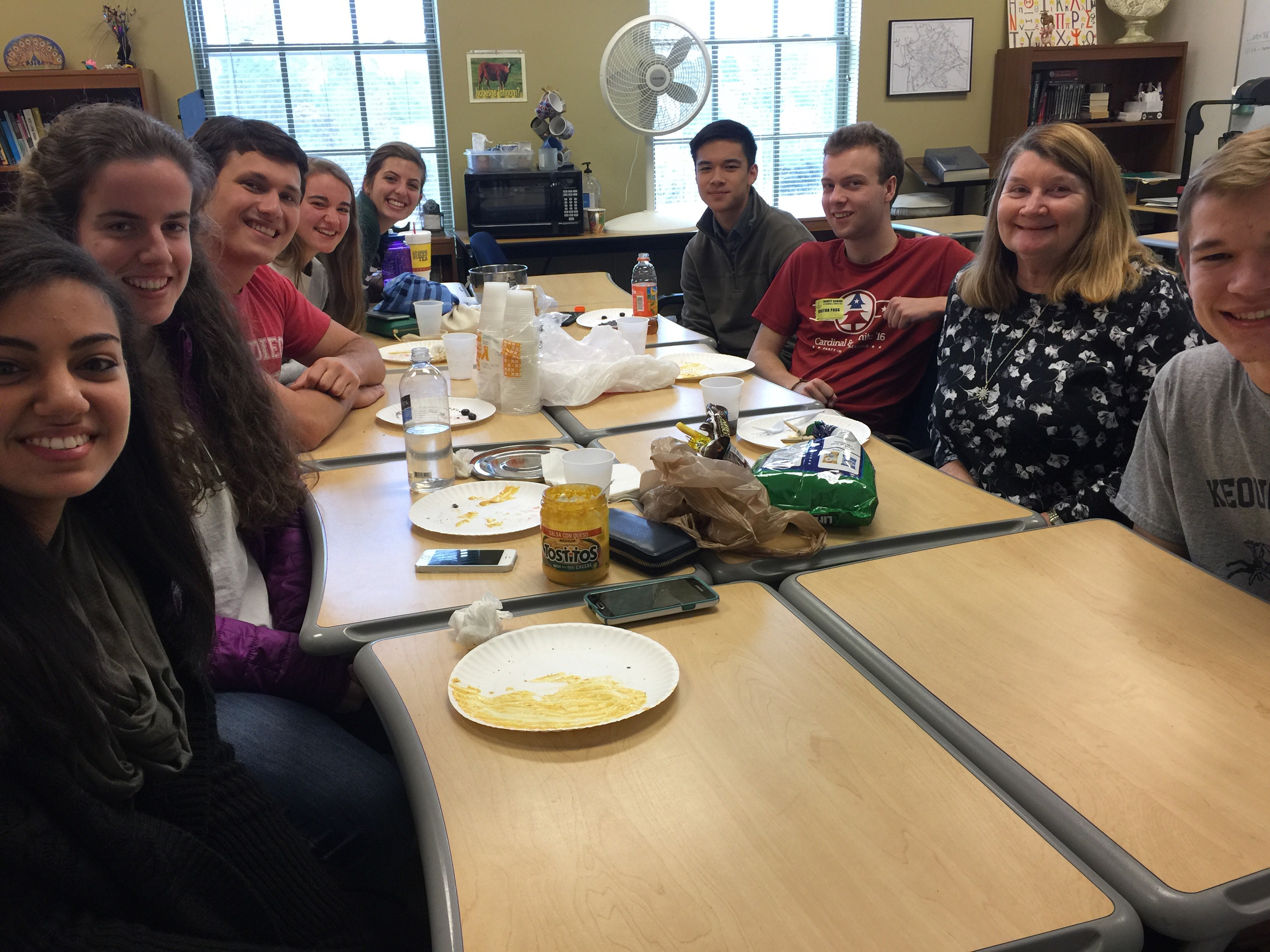 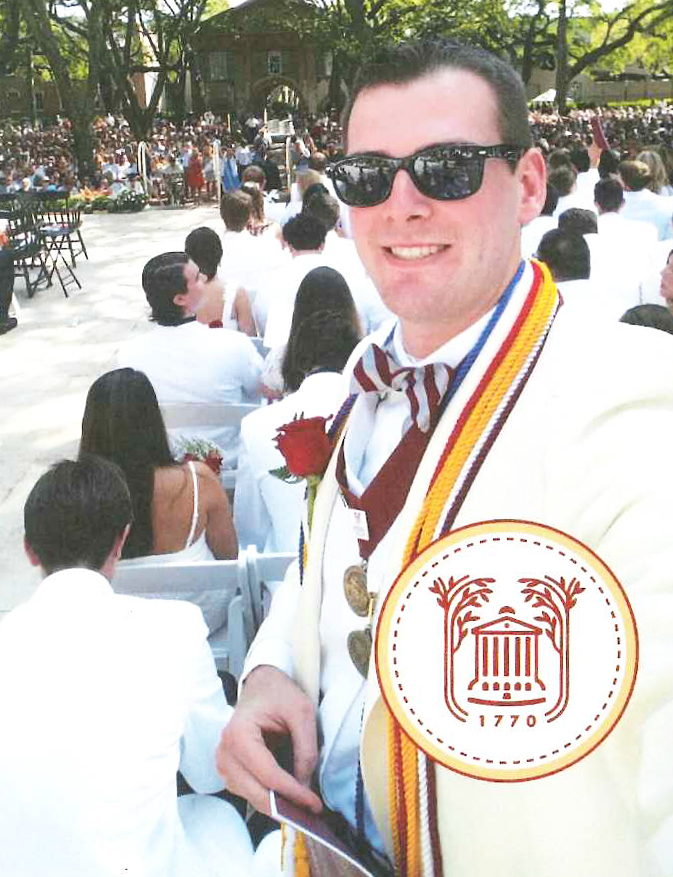 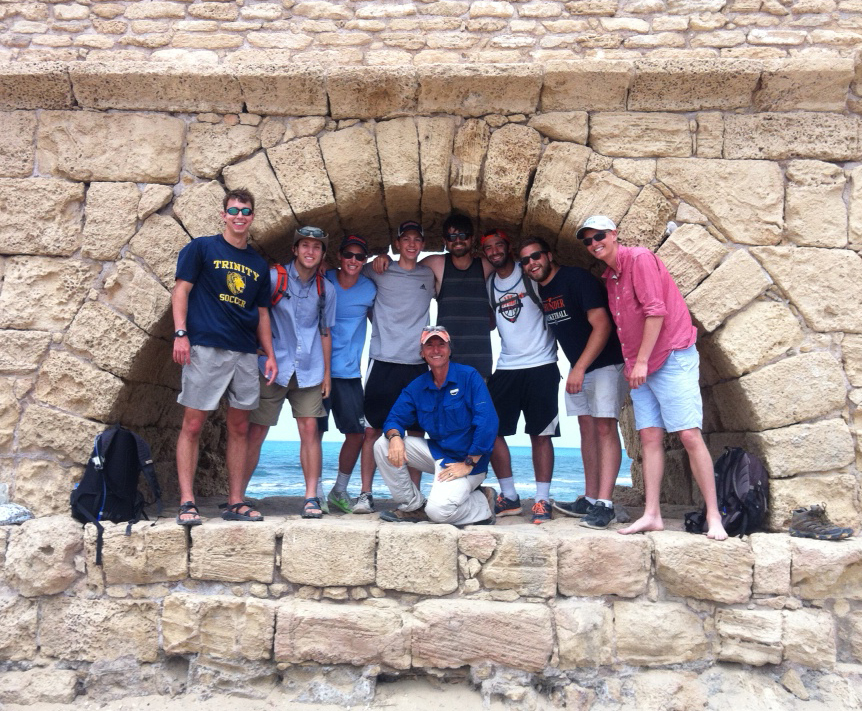