Trinity Athletics By the Numbers

Trinity School's athletics program offers 10 sports with more than 30 teams during three full seasons of interscholastic sports for students in grades 6–12. Students compete at the middle school, JV, and varsity levels, and more than 85% of eligible students participate. Trinity teams strive to honor God and compete with excellence and integrity while enabling students to learn fundamental skills, sportsmanship, leadership, and perseverance in pursuit of their goals, helping each team member to reach his or her full potential.

At the heart of all our programs are three core values:

"From the beginning, Trinity focused on me as both an athlete and a person. Talent, improvement, and competition are important, but character development is the most important area of focus to my Trinity coaches."

I will do my best:

In September 2021, Trinity School was named the winner of the Aspen Institute's national Reimagining School Sports award in the Private High Schools category. This honor, which includes a $20,000 grant to the school, recognizes Trinity School as an exemplary and innovative school that grows sports and physical activity participation for all students. The school was chosen for its innovative, personalized four-year athletic plan for students—similar to a four-year academic plan. Read the full report.

Trinity is a 2A member of the North Carolina Independent Schools Athletic Association (NCISAA). Our varsity and JV teams compete in the Tri-TAC conference. Tri-TAC includes the following member schools:

Trinity is a member of the North Carolina Independent Schools Athletic Association (NCISAA).

NCISAA CORE VALUES
We believe that the head of school is always ultimately responsible for the students and coaches representing a school. Therefore, the head must be willing to hold all school representatives to the highest standards of behavior.

We believe that interaction through statewide athletic activities is a character- and community-building experience.

We believe that, because time and money are scarce resources, interruption of academic schedules, travel time, and expense should be minimized.

We believe that financial aid in any form in return for athletic participation is wrong.

We believe that the main goal of conference and classification assignments is to provide equitable competition based on variations in school enrollments.

We believe that schools must provide safe and adequate facilities for participants, spectators, and officials; the best possible officials for the events; and adequate control of spectators, players, and pregame and postgame activities.

We believe that coaches should instill in their players a love of the game.

We believe that our governing body of school heads will fairly represent each conference in the state.

As a nonprofit organization, the NCISAA operates with the belief that the basic integrity of each member school is the most vital part of the organization.

SPORTSMANSHIP CODE
The NCISAA recognizes that independent school interscholastic athletic events must be conducted in such a manner that good sportsmanship prevails at all times. It is necessary that administrators and coaches be individually and collectively responsible for taking every possible step to promote good sportsmanship at every interscholastic event. These steps must include the provision of safe and adequate facilities for participants, spectators, and officials; the best possible officials for the events; and adequate control of spectators, players, and pregame and postgame activities. Every effort must be made to promote a climate of wholesome competition. While the NCISAA governs varsity play, middle school and JV teams are expected to honor NCISAA rules of sportsmanship.

In the spirit of best practices in sportsmanship, the NCISAA endorses the following initiatives.

Failure to comply with any NCISAA rules or regulations may result in players, coaches, or schools
(a) forfeiting an event,
(b) losing state tournament privilege,
(c) being fined by the NCISAA Executive Director as defined by the NCISAA bylaws, and
(d) being suspended or expelled from the NCISAA.

You can subscribe to individual sports calendars to add the events to your personal calendar (Google, iCal, Outlook, etc). Follow the steps below to add to your calendar. Please note that this works best on a computer; your mileage may vary if you're on a phone or tablet. 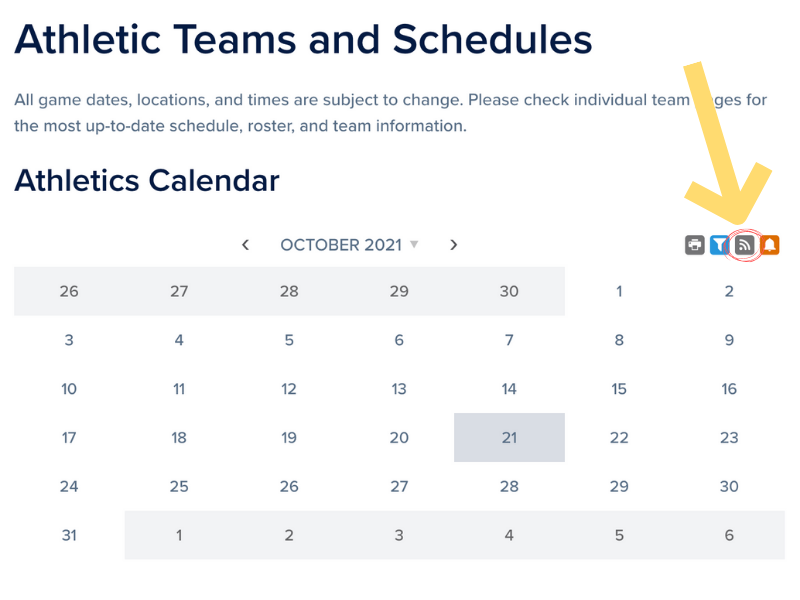 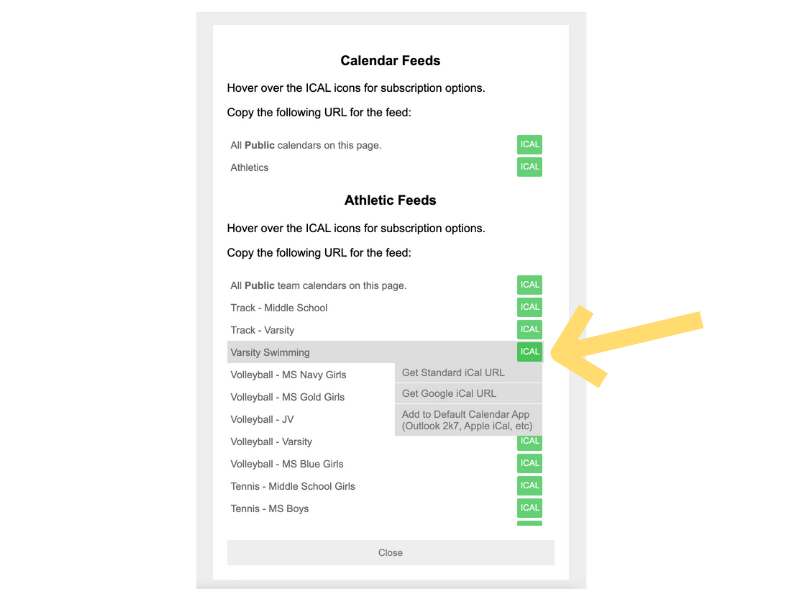 The calendar is now added to your main calendar and will update as new events are added or old ones are changed. Please always confirm with your coach if you're unsure about a particular event.

These forms are required for student participation.